Based in Sherwood Forest, North Nottinghamshire, England, I have lived in and around the area for most of my life.

Essentially self-taught, I was always interested when my dad took photographs with his Voigtländer Bessa, which he had acquired in Hamburg, Germany in 1945.  It was like a comedy sketch as he set the camera up on a pair of step ladders, set the timer mechanism and then hopped back to stand at the side of me just in time for the shutter to go.  At junior school I was inspired by my teacher, Mr Bond who was a photographer and a brilliant artist, often drawing in charcoal the characters from the stories he read to us.  My first photographs were taken at about the age of eight with a 127 Kodak ‘Brownie’ which I had been allowed to borrow for a weekend.  Mr Bond taught us how to make pinhole cameras with cardboard roll from the fabric shop and how to develop film.  He also loaned a book to me which he had brought back from an exhibition in London, the book and the pictures fascinated me and it was quite a few years later that I realised it was Tir a’Mhurain by Paul Strand.  So that was the start.  Fortunate to have more time now, I continue to pursue the forest and mining areas where I live along with other projects. I learn something new every day.  I am inspired by the following photographers, artists and writers but the list is by no means complete:

The list goes on and on, there are so many.  I return so often to Strand and Sudek. 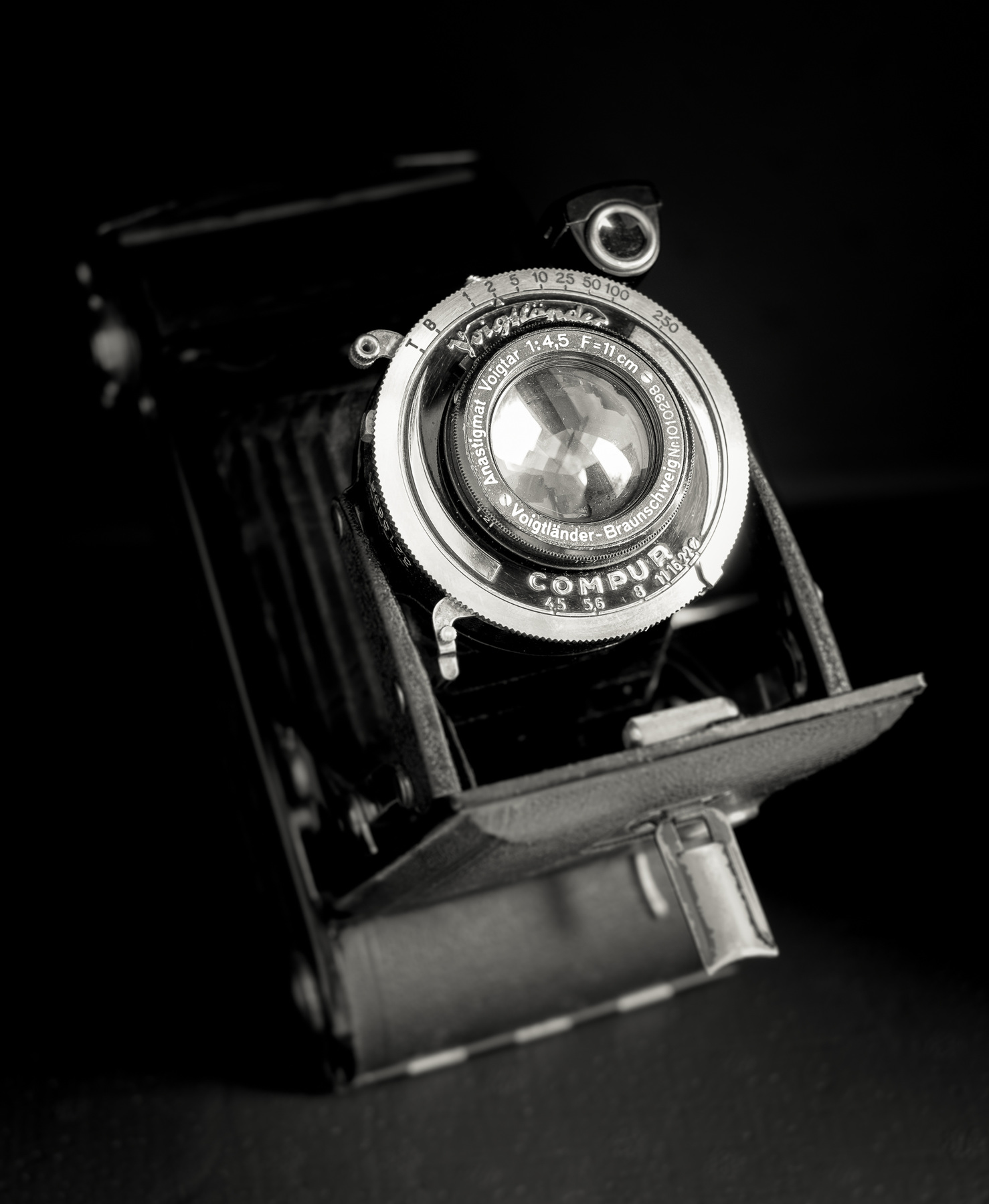 The Voigtländer Bessa, obtained in Hamburg, 1945 by my father in exchange for twenty cigarettes.
Serviced in 2017 by Cees-Jan de Hoog, Edinburgh.

The item was added to the cart